At a recent meeting of the Atlanta Women’s Network, Georgia Lord was invited to present her advice to those who are going through a divorce or child custody dispute. 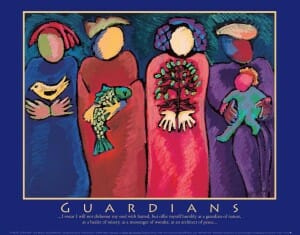 She explained that women should not assume that if they divorce they will receive alimony. Nowadays, an award of alimony has become the exception, rather than the rule. Even when alimony is awarded it is usually for a very short period of time. Most judges now expect able-bodied individuals to largely support themselves after divorce, even if they have not worked outside the home in recent years. Counsel must be prepared to lay out convincing evidence regarding the relative financial and life circumstances of the parties in order to make a case for alimony.

Many women believe that if they can prove their husband committed adultery, the court will be generous to them regarding alimony. Courts can, and do, take the conduct of each spouse into account when awarding alimony and dividing up assets. Proof of an affair does not necessarily mean that a cheating husband will be required to make large alimony payments, however. In one very recent case, the Georgia Supreme Court rejected the wife’s argument that she deserved larger alimony because her husband had engaged in, “adulterous conduct going back to the early days of the marriage,” “had numerous affairs,” and, “the trial court found Husband’s adultery to be the cause of the divorce.” Frost v. Frost, No. S16F0446 (Ga. June 20, 2016).

At the AWN meeting, Georgia Lord also encouraged anyone confronting a family law dispute to consider using Collaborative Law to resolve it. With traditional court litigation, the judge or jury controls the outcome: unless parties reach an agreement, the decisions are all made by the judge or, sometimes, the jury. With Collaborative Law, the plan that is implemented is one that has been reached by agreement between the parties. Both parties get an outcome that they feel is workable for them. Collaborative Law offers a respectful, nonadversarial alternative to fighting it out in court.

Georgia stressed that parents should not draw their children into their dispute. They should speak well of the other parent, refrain from trying to get the children to take their side, and avoid talking about their litigation within the hearing of their children. Like it or not, they are parents, together, for life, she said. Talking negatively about the other parent within the hearing of the child harms the child as much, or more, than it harms the other parent. In addition, she cautioned, Judges tend to be very critical of a parent who has engaged in this type of conduct. For some helpful advice regarding talking to one’s children about divorce, see these videos from McConaghie Counseling:  Talking to Children About Divorce, Part 1 and Talking to Children About Divorce, Part 2.

Georgia’s final family law tip was that the US Supreme Court’s marriage equality decision in June 2016 changed a lot of the ground rules regarding the custody of children who are being raised by same-sex couples. Georgia referred attenders to the articles she has written for professional journals regarding this topic, and also to the information on her firm’s web page and Facebook page.